From an announcement entitled “Double Loot Week!” on the EQ2 Forums:

If you haven’t doubled on your Ascension scrolls and experience, today is your final opportunity!

More importantly however, tomorrow the bonuses continue with double loot in all Kunark Ascending dungeon and raid instances!

Time to get your crew together and run some dungeons!

Players asked in the popular Discord chat for clarification of whether this was truly double loot or an increased chance of double loot and whether it was going to work the same as it did last year or if there had been some changes. Apparently that was a mistake… 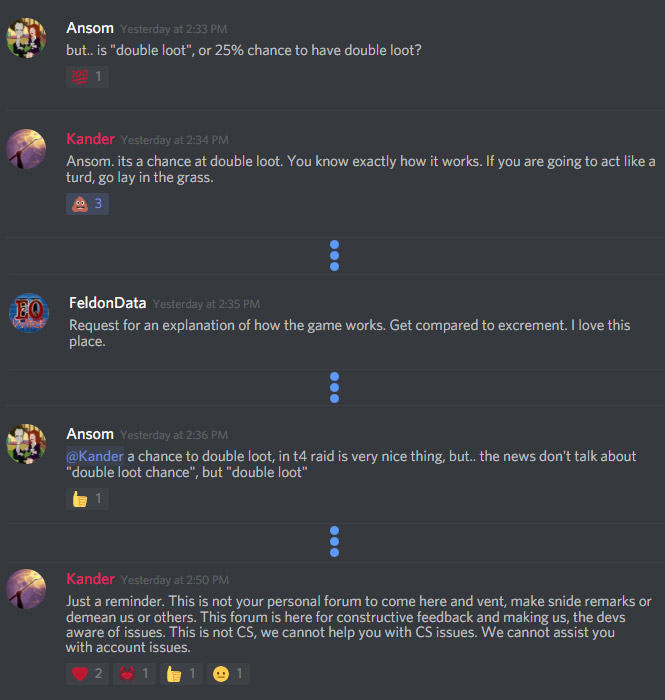 Update #1: Apparently the double loot didn’t go live at midnight but late this morning.
Update #2: There has been a followup from RadarX: