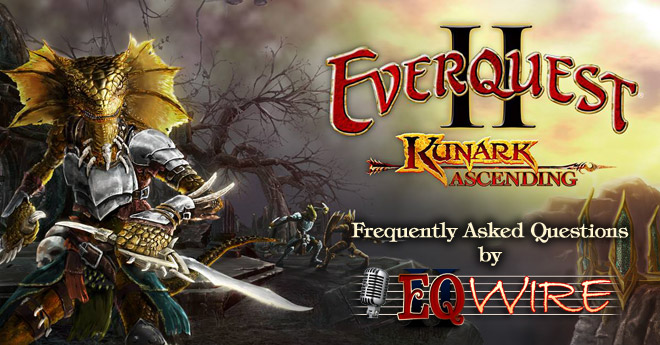 So what’s new in the Kunark Ascending expansion?

How do I get to the new Obulus Frontier overland zone?

Where do I find all the Instances (Solo, Advanced Solo, Heroic)?

What are the Prerequisites for starting the Kunark Ascending signature quest line?

I went into detail about the Prerequisites for starting the Kunark Ascending signature line in another article. But briefly, they are:

Is there any easy way to lookup my EQ2 character and see if I have done all the prerequisites for the expansion?

Absolutely! Check out the new Adventure Report feature on EQ2U!

Type in your character name, pick your server, and hit Update Report and you’ll see if you are ready!

Do I have to do the Terrors of Thalumbra signature line before I can start the Kunark Ascending quests?

The Terrors of Thalumbra signature quest line “The Underdepths Saga” is now optional before starting the Kunark Ascending questline, however it is highly recommended to do so as there is a better reward waiting for you.

The Kunark Ascending signature line used to have you sneaking quest on a boat called the Frillik Tide. Should I do this quest?

This used to be part of the signature quest line, however many players had difficulty with the sneaking and gymnastics involved. You should still attempt it because there is a nice reward for completing all of Kunark Ascending (including the Terrors of Thalumbra signature line and the Frillik Tide boat sequence) as explained by ZUES here.

Do I really have to do all these old quests like the Greenmist Heritage Quest and learn all these languages (Di’Zok, Draconic, Sathirian, and Froak) on ALL my characters?

As explained by Kander on the Beta forums, once you complete the Kunark Ascending Signature quest on one character, you can purchase [eq2u]The Essential Kunark Guide[/eq2u] bauble for your alts which bypasses these prerequisites.

What can you tell me about Tradeskills in the expansion?

Emily “Domino” Taylor has worked very hard in adding a complete tradeskill experience for this expansion, including new recipes, house decorations, and more, as well as a continuation of the original Tradeskill Epic quests from way back in Kunark. The upgraded cloak you get for completing the new quest is quite snazzy.

Your best source of information for crafting knowledge is going to be Niami Denmother who has delivered another expansion explosion on her popular all things crafting website EQ2Traders!

What are the new Ascended Classes? Do they replace existing classes?

There is a detailed Ascension Classes Preview article, and some Beta notes here, but here’s the facts and figures…

After you have completed the Kunark Ascending signature quest line, speak with one of four Ascension class trainers. Once you pick an Ascension Class, you can buy one empty Ascension Scroll per day from your trainer which you can fill with 1 million Ascension XP points acquired through normal gameplay (Skyshrine lol. You can stockpile Ascension Scrolls and then when you have an extended gameplay session, fill them all up.

As you gain Ascension Levels, you gain access to new Ascension Abilities. There are 10 new abilities for each of the four Ascension Classes.When you switch to an Ascension form, which grants you an illusion form, your damage output for most of your abilities is changed to the damage type associated with that Ascension class. Ascension Abilities start at Apprentice and may be skilled up to Journeyman, Adept, Expert, Master, Grandmaster, and eventually Ancient. This is done through Crafting (through a new rare component) or Research (through patience or Daybreak Cash).

How long does it take to level my Ascended Class? Can I have more than one Ascended class per character?

This is subject to change, but the current theory is that there will eventually be Double Ascension XP weekends where the merchant will give you TWO scrolls per day. We may also see adjustments in how much Ascension XP is required for each level.

Have you got a list of Heroic Dungeons arranged by Difficulty?

Here’s the list of dungeons in the Kunark Ascending expansion roughly ranked in order of difficulty. If you have feedback or suggestions, please let me know! Resolve numbers from ZUES.

Have you got a list of Raid Zones arranged by Difficulty?

Can I start working on my Epic Weapon 2.0 Quest?

At the very minimum to start your Epic Weapon 2.0 Quest, you will need:

What if I betrayed class or didn’t finish my Epic 1.0 Quest? 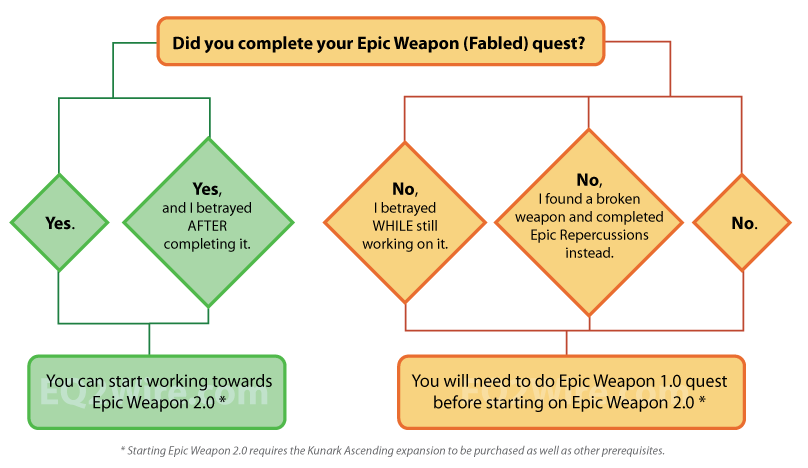 What changes are there to the Deity buff? 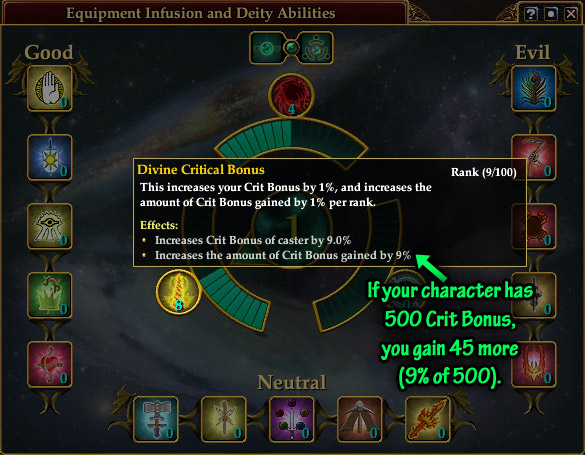 What is Combat Mitigation and how does it affect encounters?

This is a new enemy stat that allows enemies to mitigate/avoid damage and be even harder to hit. Increasing your DPS or further debuffing the enemy will overcome this mitigation.

How do I upgrade Mercenaries with the new Training and Gear features?

Mercenaries can now equip up to 4 pieces of armor and up to 4 new items called Accolades. At first, only two armor slots and 2 Accolade slots are unlocked. With training (or Daybreak Cash), the other slots can be unlocked. Mercenaries can equip any type of armor you have collected regardless of mercenary class. Some gear will be flagged MERCENARY ONLY. Gear can be moved from one mercenary to another. 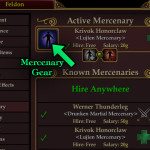 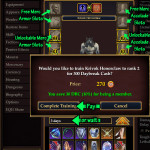 A more detailed explanation can be found on the Beta forums.

At long last, there is now a way for players to keep their different armor appearances without consuming a ton of bag space. When you drag a piece of armor or a cloak to the new Wardrobe tab, that item is destroyed, but its appearance becomes selectable in a dropdown menu on your Appearance tab. The number of Wardrobe slots you get per equipment slot (head, chest, cloak, etc.) varies depending on which edition of the expansion you purchased:

Additional rows will be purchasable for Daybreak Cash.

WARNING: Any adornments. infusing, or reforged particle effects are lost when you add an item to the Wardrobe tab.

CAUTION: Any item placed in the Wardrobe can no longer be used for Guild Hall Mannequin appearances.

Are there any new Adornments in Kunark Ascending?

There is also a new set of Green Adornments (spirit stones) with the exact same stats as Terrors of Thalumbra green adorns. This just means you don’t have to run old content to get relevant adornments.

We now know that Epic 2.0 Weapons will have two new adornment slots — Gold and Black.

Is it true that Quest Regions of Interest are no longer marked on the map? What about quest feathers?

Other than timed quests, the quests in Kunark Ascending do not light up the map in blue for the area needed to update that quest. Despite rumors to the contrary, Quest Feathers appear on all quests in the expansion. They may not appear on Epic 2.0 quest givers.

Help! There was some really important information on the Kunark Ascending beta forums but they’ve disappeared!

Have no fear — EQ2Wire is here! We have preserved a backup of the Kunark Ascending beta forums.

Type /show_account_features in-game or visit this secret URL at the DaybreakGames website.

Q: Where can I download a high resolution version of the Kunark Ascending poster art?

You can download the Kunark Ascending artwork as a 2280 x 900 image here: