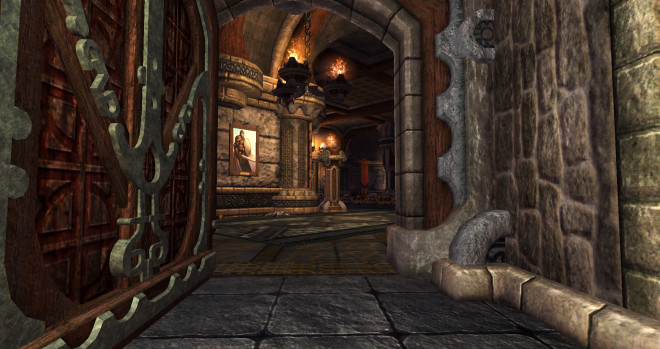 EverQuest II: Tears of Veeshan launches tomorrow, and one of the benefits of an Open Beta is, we don’t have to wait for any pesky embargoes to take a look at what zones players will be journeying to in less than 24 hours. NOTE: All screenshots in the article were taken by me.

Tears of Veeshan includes nine new Instances which are available in both Advanced Solo and Heroic versions. The new solo/heroic zones are all accessible from the Vesspyr Isles (which are another realm of the Ethernere, sharing vestiges of the Tenebrous Tangle).

NOTE: The difficulty markers above are my estimates, not from a developer.

Each of the nine heroic zones have daily (18 hour) missions which reward 3 Etmya which are the new tokens in this expansion. There is also a daily heroic mission to a random zone which awards additional Etmya, and there’s a weekly heroic mission which requires completing two non-Temple of Veeshan heroic zones and awards 15 Etmya. As for coin, there are repeatable item gathering quests which can be picked up within each heroic zone that award Plat.

Each heroic zone has at least five bosses, with heroic armor as well as some Rare Fabled items dropping off the main boss of each zone, while the subbosses drop at least one item from the Advanced Solo zones, plus some lesser jewelry. Temple of Veeshan are the tougher heroic zones and completing them awards a Crate of Ornate Goodies which contains a piece of Tier 2 heroic armor for each player. As with Siren’s Grotto, some of the best-in-slot items drop from the heroic zones. 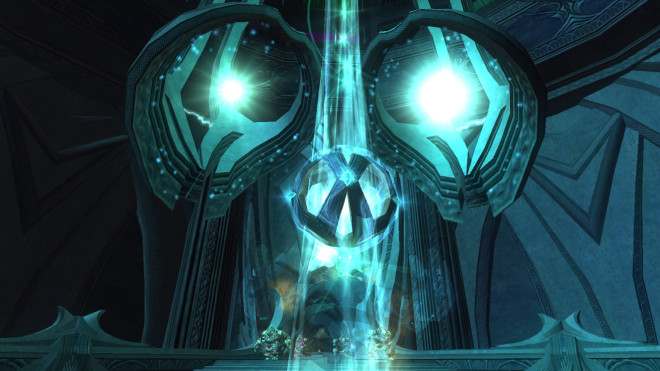 The most accessible of the Heroic zones also puts you face-to-face with the fabled Tears of Veeshan artifacts which are trapped within the zone. As we saw in the EQ2 Art & Animation panel at SOE Live this year, this zone went through a few drafts before the current blue and silver theme was selected. Players who complete the Signature quest line will be able to harvest arcane powers and release the Tears which can hopefully put the dragons and dragonkin — who are terrorizing the cities of Norrath — back in check. 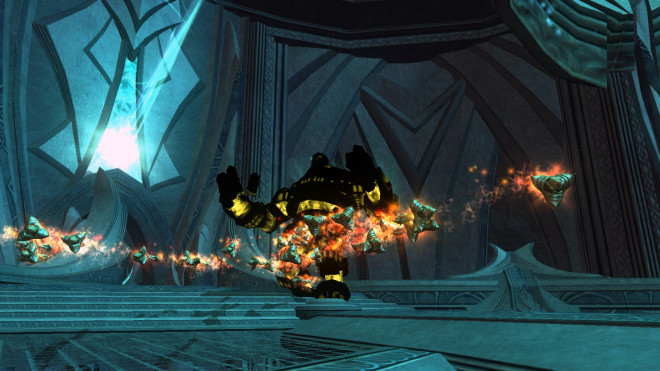 The final boss of this zone is one of the more creative fights we’ve seen. You’ll have to be quick on your feet as he launches magnetic missiles that seek out players. I chuckled more than a few times while running away from them! 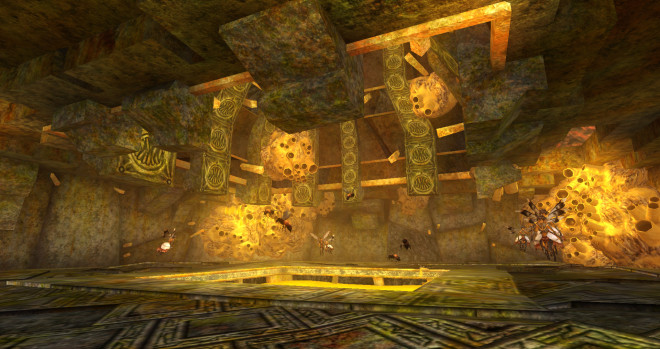 When first entering the Fractured Hive, players may feel they’ve been thrown back a few expansions! The zone starts out with a slightly recolored Guk, frogloks and all, but as players progress through the zone, they’ll quickly see the corruption and influence of the Bixies, who have also undergone a radical visual revamp with the expansion. One of the bosses will see you seeking the assistance of the Frogloks who will pitch in to help. 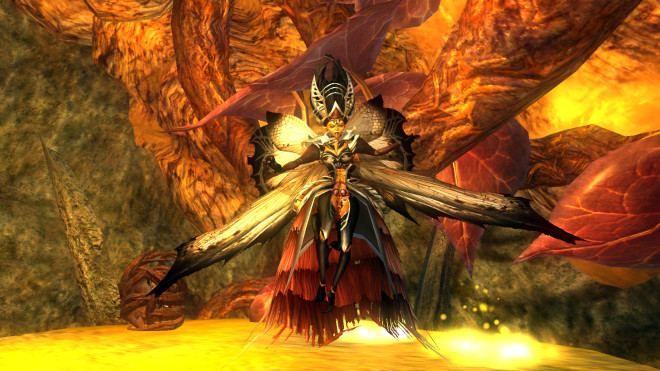 Queen Meacidaris, the boss of the Hive, will rock your world.

The Pickclaw goblins are on the loose and have taken over the upper and lower levels of High Keep. Upper High Keep is an achingly beautiful zone with lots of little great touches. There are tricks and humorous moments throughout. 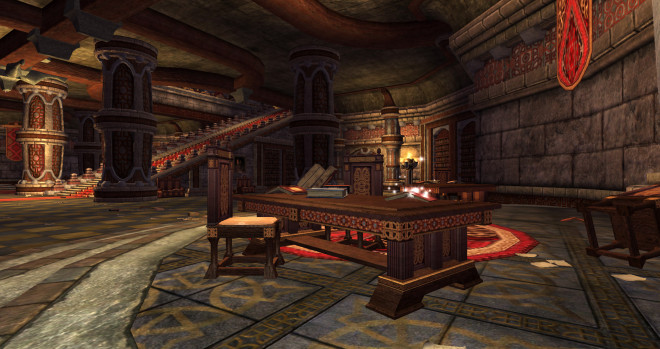 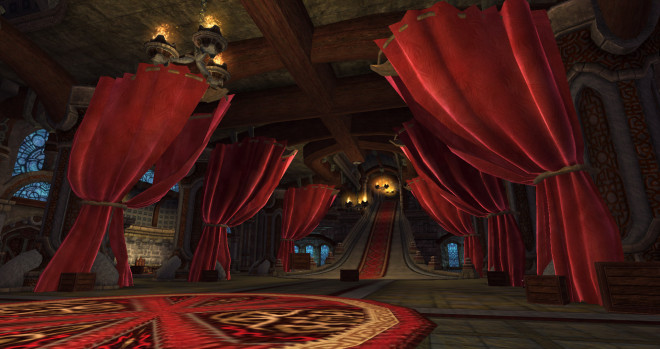 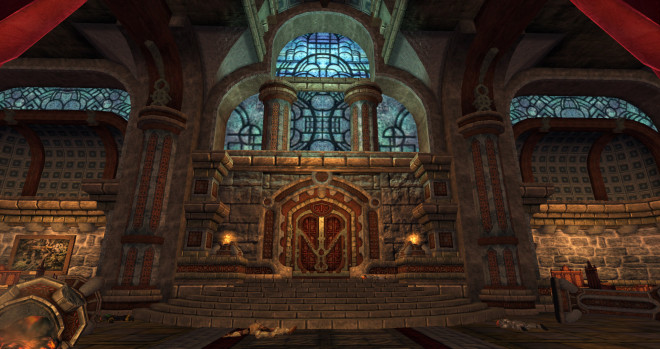 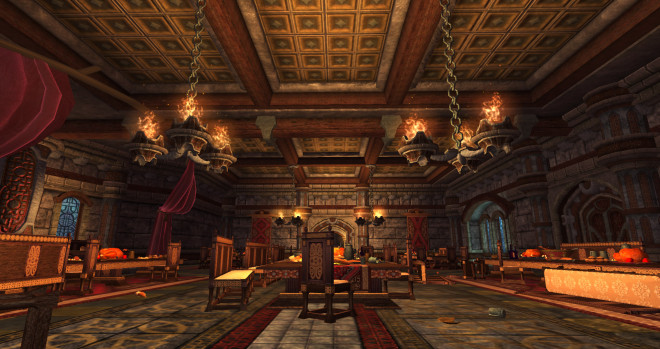 The dining room is particularly hilarious because the goblins are throwing a huge food fight.

Like the classic Estate of Unrest, the lower parts of High Keep have scripted events and a number of puzzles to solve. The first boss puts you in jail, where you must learn to escape, sneak through tunnels, and work out what to do next to progress through the dungeon. 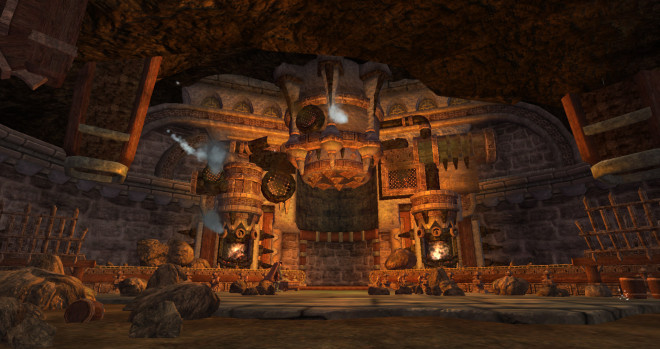 The Rock Crusher in particular is a really intense fight, and the boss music is fantastic. As for the final boss, the first time Bolgin Serilis throws an exploding barrel at you, you’re gonna have a rough day for sure. I can say we totally got our butts kicked on this fight!

Continue on to page 2 to see more new zones from Tears of Veeshan!