Getting ready for the SOE Live 2012 Welcome Reception. 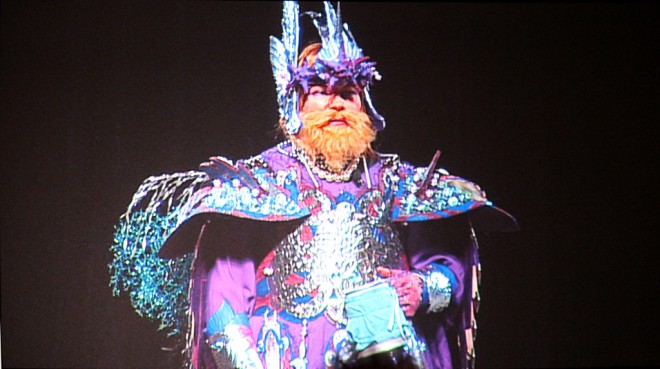 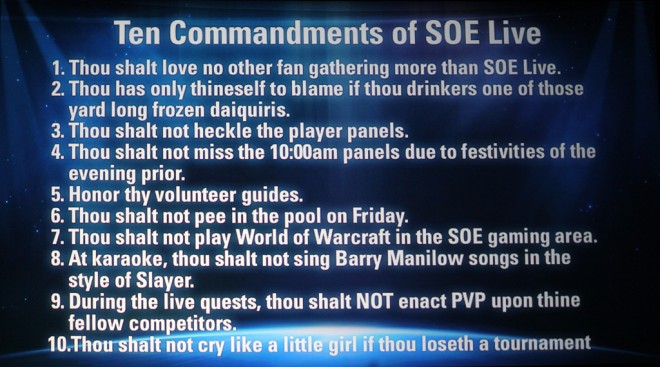 Promo video with devs and SOE team members talking about what they are looking forward to doing at Fan Faire. Now youtube-submitted player videos.

Brasse: Getting the schedule together for SOE Live took special tools (pics of a turkey baster, hammer, Crisco, and duct tape). Some of the Player Panel submissions were more detailed than Dev submissions. 😉 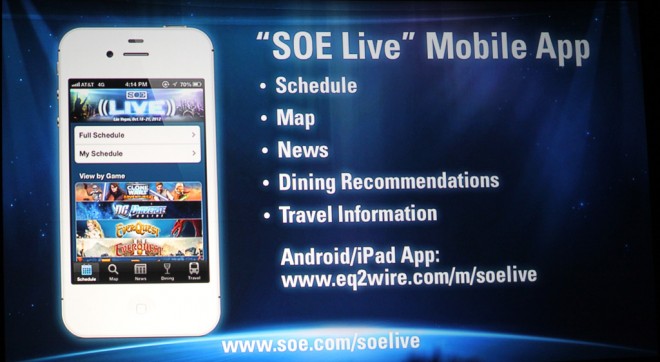 First year we are doing Player Panels. Each one will have a Community Representative in case of issues. 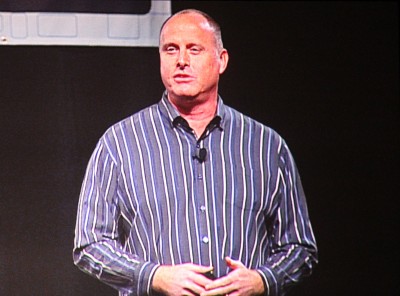 Tonight’s keynote about newer things, PlanetSide 2 and its launch date.

Talking about Free to Play. Your Way. 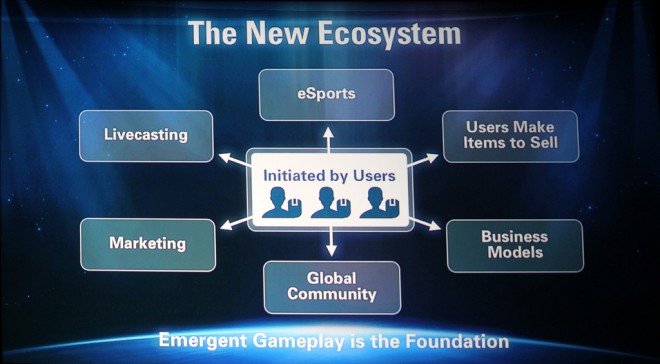 Our recent announcement that SOE players can stay with us, or go to our partner ProSieben.

12.4 million minutes of Planetside 2 were livecast on TwitchTV. Livecasting is something that is coming to all of our games. On November 1st we release a TwitchTV client in Planetside 2. This functionality will come to our other games. 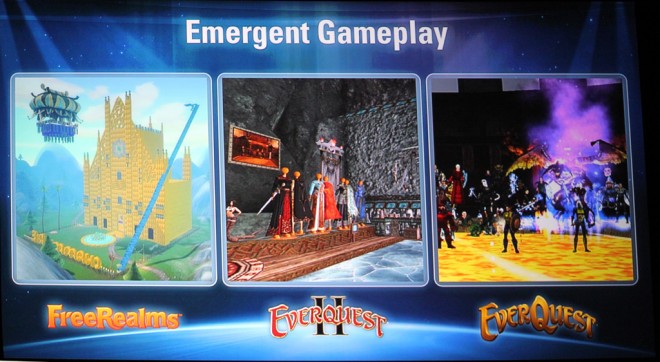 We do not believe the current method of making these games is sustainable. Look at the games in the last 3 years. SWTOR. The Secret World. Rift. Every one declines after release.

Now look at League of Legends. It continues to increase.

We need to add emergent gameplay to our content pipeline.

Does this mean we stop making EQ and EQ2 content? No. You can expect those things to continue. But some games will see more emergent gameplay. 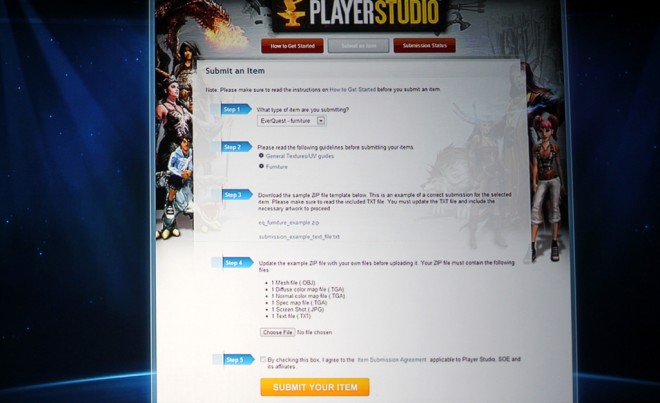 screenshots of some items that have already been submitted. 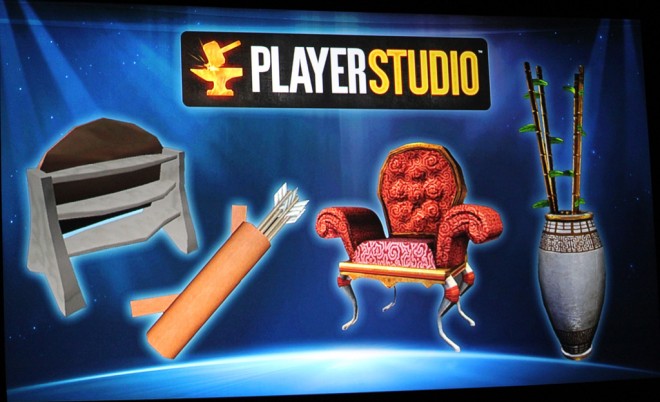 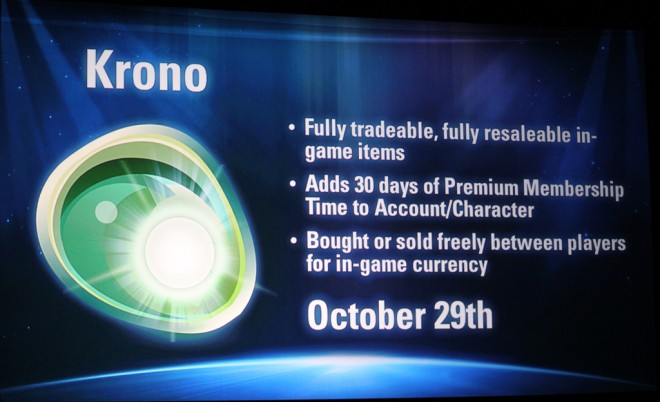 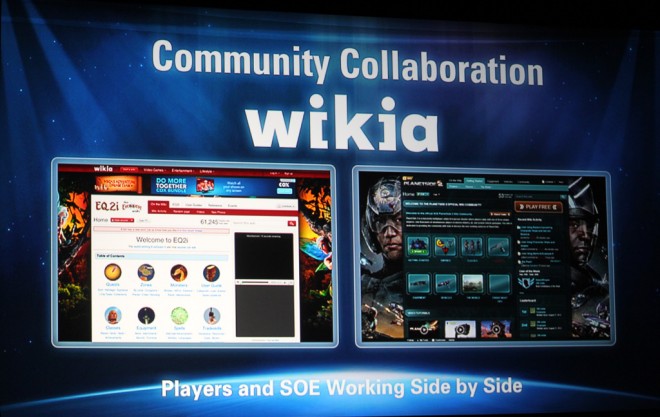 What’s on the Horizon.

John Tang, CEO of Runewaker Entertainment coming to the stage.

A Look at What’s Coming Soon… 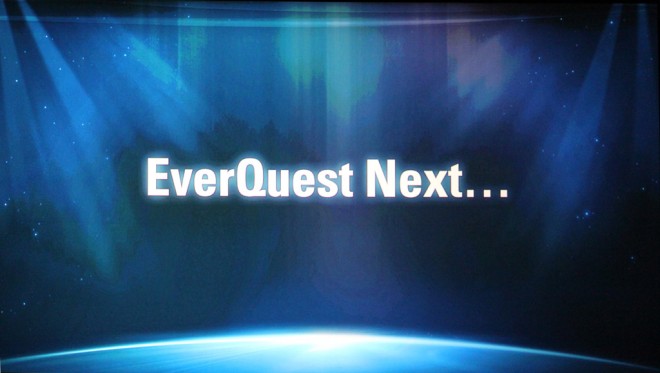 What are we showing tonight?

“I have to be honest with you. We have completely blown up the design of EverQuest Next. For the last year and a half we have been working on something we are not ready to show. Why did we blow up the design? The design was evolutionary. It was EverQuest III. It was something that was slightly better that what had come before it. IT was slightly better. What we are building is something that we will be very proud to call EverQuest. It will be the largest sandbox style MMO ever designed. The same exciting content delivered in a new way. Something you’ve never seen before. The MMO world has never seen before. We didn’t want more Kill 10 Rats quests. We didn’t want more of the same. If you look at the MMOs out there, they’re delivering the same content over and over again. So are we. We need to change that. When we released EverQuest, we changed the world. We want to do that again with a different type of game.

What I will commit to is, at the next Fan Faire, not only will you get to see it but you will get to touch it. Most of the EQNext devs are in this room. If you get them drunk enough they might tell you. They’re led by Dave Georgeson. Terry Michaels. Vets from EQ and EQ2. We are remaking Norrath unlike anything you’ve ever seen, but you’ll recognize it. I’m sorry we don’t have anything to show for it, but I wanted to be honest with you and tell you a little bit about it. Keep the faith.”

[Rumor: Could the EQ2 expac release date be soft?]

still going… nothing outlasts the Energizer…

Smedley coming back to the stage.

To the audience: Do you care when we release this game?

This was livecast by EQ2Wire from SOE Live 2012 in Las Vegas, NV.