Early this morning, the “Malicious Threat” prelude event was activated on all EQ2 live (non-TLE) servers. This event will undoubtedly tie current events into this fall’s upcoming expansion, while giving some hints of what we can expect later this year. The prelude event was tested on the Test server and is now live until September 16, 2015.

Good players can start the “Malice in the Glade” quest in Greater Faydark while Evil players should start the “Malice in the Woods” version in Darklight Wood. These quest writeups are by Sigrdrifa. When the quest is completed, you may continue defeating Primordial Malice mobs to get arcane Malice baubles which are a currency to buy special House and Appearance items. Niami Denmother of EQ2Traders has posted a Guide to the event and screenshots of all the in-game items which may be purchased.

Will you confront malice in Norrath? 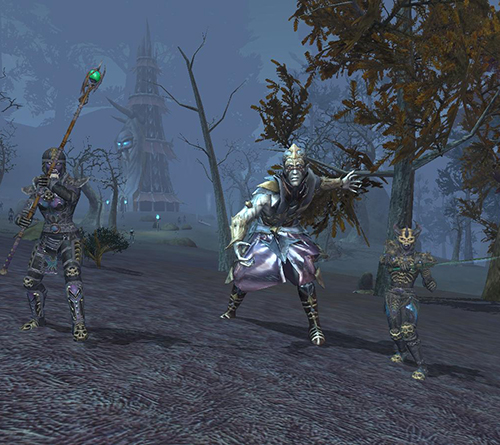 The mage house of Kelethin’s House of Falling Stars and Neriak’s Disciples of Innoruuk have both felt something disturbing a nearby location. They are looking for adventurers willing to investigate and help them uncover a threatening campaign being carried out. Players welcome in Neriak should speak with Virun D’Xyafin in Darklight Wood, while those that are welcome in Kelethin should speak with Miriel Tawnyglade in Greater Faydark.