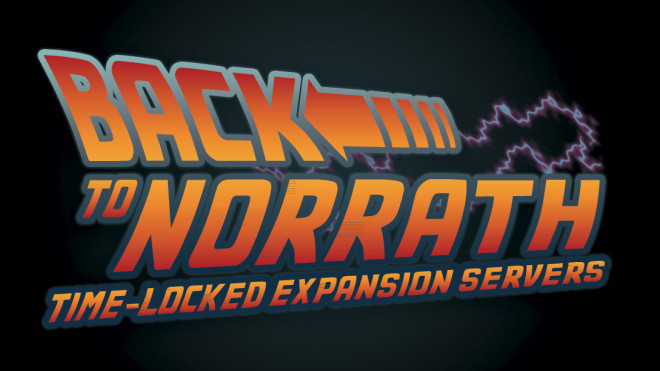 Next month, we’ll see two new Beta servers open to test PvP and PvE Time-Locked Expansion (TLE) Servers. While we’ve already been informed on several occasions that restoring the EQ2 codebase back to a launch or near-launch state would be nearly impossible, but the EQ2 team want to offer players some of the “uphill both ways in the snow” experience that early EQ2 adventurers encountered. So the team are developing Time-Locked Expansion Servers which will be a sort of hybrid of some of the modern conveniences we have now, but with certain design decisions reverted or changed to provide more challenge and social interaction.

To decide what restrictions should apply to these new challenge servers, the EQ2 team have already been seeking feedback from players in discussion threads on the forums. This feedback is already shaping what we’ll see in Beta, which will then further shape the final form these servers take when they launch later this year. We’ve been told to expect several in-game and on-forum Polls for players to vote on which features they think should be removed outright, time-locked, or freely allowed. To sketch out some of the team’s current subject-to-change ideas for how these TLE servers will differ from what we see on Live servers, Kander has posted TLE FAQ dated June 16th on the EQ2 Forums.

We wanted to make a post this week and give you a glimpse of what we are planning for our Time-Locked Expansion Servers and what you can expect to see here in the very near future.

Our current plan is to launch 2 new TLE Servers, a PvE and a PvP version. Both of these servers will have back up servers in case we need them. I am going to go over the current iteration of how they will be launching and what our plans are with them, and also list what we are considering, which we will give you, our player base, a chance to vote on with in-game polls. More on that later.

What can we expect to be in place with the launch of the Time-Locked Expansion servers?

The plan is to shoot for maximum nostalgia that is still within our power to make happen. So there will be many features that will not be available to players when we launch these servers and many that will never be available, especially for PvP.

What will be the AA and level caps, levels and restrictions for the PvE and PvP Servers?

There are going to be a few things we are going to allow you guys to vote on with in-game polls. We also can add additional poll questions as they come up and we deem them important for the player base to determine. Okay, so what will the polls involve and when can we vote?

Polls will be coming in-game today, and the first poll will run until Tuesday, June 23. These will be touching on a lot of subjects. For instance, we have guild halls slated to go in with Kunark. We may do a poll that asks, do you want guild halls with Kunark? Do you want guildhalls at all?

After this post, we will do our best to answer questions we see and also perhaps find additional items to add to future polls.

We look forward to getting these servers up and running and are really excited to see what comes next! Approximate beta for TLE Servers is Jul 7th. Thanks everyone!