While I’m working on getting my own photos posted… 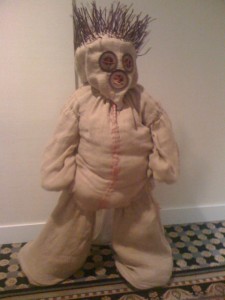 EQ2 player asks for the model to take a picture of him and Greg “Rothgar” Spence.

Tom Tobey, Senior Animator on EQ2, did let us know that although there are no plans to add Othmir as a fully animated playable race, due to the need to add 500~1,000 animations for each race, it is very likely that it will be available as an illusion. But don’t expect your Othmir monk to be fully animated. EQ2 Forums