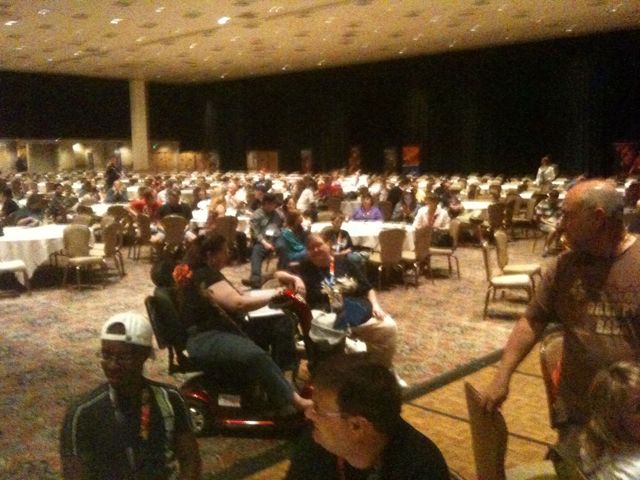 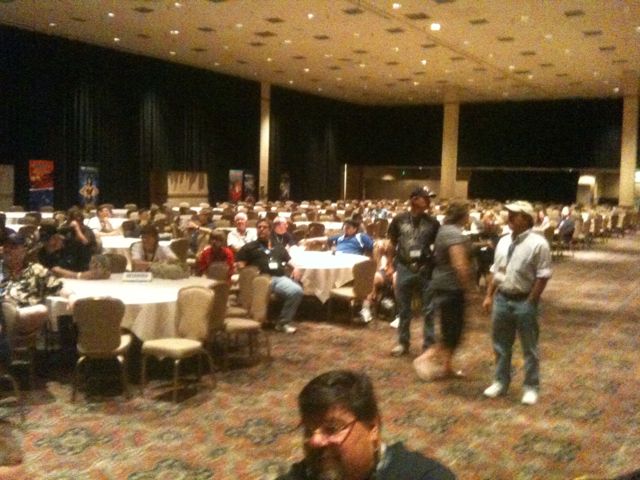 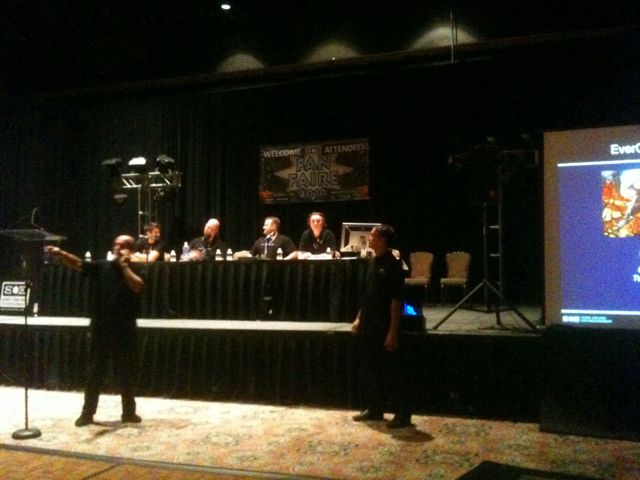 Georgeson: I worked on gaia online. There are a lot of players out there who want to play eq2 but for free.

We advertise and incentivize both games.
Ads will take you to landing page.
Landing page shows benefits of other services.

Eq2: no restrictions. Earn what you own. Long standing community. Established guild halls.
Eq2x: no up front fees. Robust marketplace.

We want both sides of this fence to do well. We will make adjustments to incentives on live if too many players are going to f2p.

All updates on both games on the same day.

calthine: what about station account? We don’t get eq2rewards in gu57.

Response: we want to look into station access benefits and overall value.

Crabbok: can we flag eq2x items so they don’t work on eq2 servers to allow transfers? Need to be able to recruit players from eq2x to eq2.

Georgeson: we can’t allow transfers to eq2 because of exploits/transfer loops. We will watch the effects closely.

Leko: will f2p have pvp?
Georgeson: not at this time. F2p has just 1 pve server. Transfers allowed from pve or pvp to eq2x “with all gear” Plan to add pvp server.

Question: what is the incentive for a eq2x player to move to live server?
(huge applause)
Georgeson: players have a decision and if they play to 90 on eq2x then well, they must like eq2x.

Audience: who won’t want to play for free?
Georgeson (exasperated): we are going to try to explain to new players e decision they make. “trust us” (audience laughter) to make the right decision and protect eq2.

Comment: basically no movement on allowing f2p to act as a free 1-50 trial for players to move to eq2. Once you roll on eq2x you are stuck.

British Question: what about Europe?
Response: recruit a friend remains on intl servers while eq2x is tested “at home”. 14 day trial is going away which is obviously a problem. 14 day trial is not that successful which is why we are adding free to play.

Question from UK: can we have a moratorium on stat items on live?
Georgeson: other than existing mounts we do not currently plan to add more stat items to live, only eq2x.

Question: what about all these free accounts re: exploits and plat spam?

Question: will eq2 players be able to upgrade their automatic gold status on eq2x to platinum?
Response: Station access gets gold access on eq2x or if you transfer a character for $35.
Talked to platform about prorating as far as partial subscriptions. We will do something so you aren’t paying $15 a month on live, plus $35 to copy, plus $200 on top for platinum.

Question: I don’t want f2p players to transfer over to live.
Georgeson: (update) this is the feeling we have gotten from the players.

Rothgar: a lot of the people we will be marketing to will be people who never considered eq2.

Response: a ton of people try our trial and play the hell out of it but very few convert. They move on to other games. There are too many free games out there competing with us. (as far as player anger) Have you looked at LOTRO forums? A tremendous amount of our players are people coming back. Very few are new players. This change will have a minimal effect on new users.

calthine: You are still taking away our free trial.

Crabbok: the limitations of copying accounts… Can you allow normal transfers or free transfer weekends. What about wiping eq2x after beta?
Georgeson: honestly we didn’t initially want to allow eq2 transfers to eq2x during beta. We can’t wipe the server after beta because we will already be allowing purchases.

Question: Why isn’t the money being put towards this being applied to live?
Georgeson: we could spend the same money and get very little response. By doing this we are getting written up in the press. NPR. new York times.
Honestly we hope people go to either server.

Question: wouldn’t advertising have been cheaper?
Georgeson: this took a few devs 4-5 weeks for this.

question: dwindling populations…
Georgeson cut him off. Actually population has been steady since February. Now you might see numbers on your server if players are moving to AB or other bigger servers.

Question: as a raider I’m worried about shrinking rosters.
Georgeson: we will have to wait and see. Who knows, the free to play server may end up as the “place to be” for raiding.

Thorien: if I’ve never seen a car before and I have only seen a Cadillac and a Chevrolet and only have a list of stats, I will choose the server with “more stuff”.
Georgeson: you will prefer players who know the difference.
Thorien: removing the free trial takes away choice that marketing could do something about.
Response: we covered that ground. Very few players take up new trial.

Question: What about advertising on TV?
response: we have been advertising free realms like crazy. If eq2x goes big and makes millions, we will advertise it. We hate seeing all those WoW ads too.

Question: (mumbling) what about lotro?
Georgeson: we didn’t want to go that route. We wanted to avoid all those limits and allow players to get further into the game before realizing they are missing features.

Question. Making the game more casual?
Georgeson: we don’t want to make the game easier or more casual. We did make the starting out areas easier and smoother. Live servers are not “hardcore” servers.

Georgeson: I really think players will realize before level 30 which server they want to be on. I think some will look at the features grid and say I just want the straightforward $15.

question: why is $15 a month not enough if subscriber numbers are stable?

Folks coming up to ask questions after.

Wrapping up. Velious panel at 2.